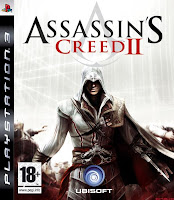 What a change a company can make from some good feedback.

I was not entirely convinced Assassin’s Creed 2 (Screed 2) would be something worth getting upon release, but in the end I was justified by my selection. I think it helped that another game coming out at the time I picked Screed 2 over was actually horrible and bombed that it made me feel even better about making that decision.

However regardless the game took the parts that made the first title work – exploration with general ease and the ability to kill someone – and wrapped it into a story that was far more compelling than the first, allowed you to skip between areas, allowed you to swim – which was important when one of the areas you’re in is Venice – and fixed the pacing which in the original title felt so repetitive you’d really only want to play the game in chunks. Instead sometimes you felt like you wanted to keep going for hours, and numerous people on boards I was at would say they didn’t want to put it down frequently unlike the first. 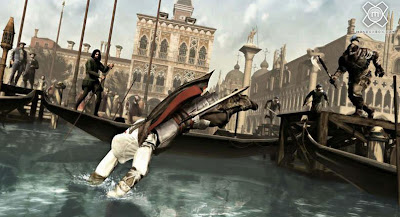 I purchased the collectors set for this. Ubisoft released a regular edition, a white edition with White Cloaked Ezio figure and some small DLC content (most stockists also added in a bag or t-shirt with this version), and the black edition – which I purchased. This came with a Black Cloaked Ezio figure, the DLC content for the white plus more, an artbook and DVD with music and making of material, and a nice detailed packaging.

Unfortunately the game is still quite fresh in my mind (I only completed it in December 09) so at this stage I cant really be very nostalgic about it, so instead I’ll return to it later on in a re-run post.