Format: Sony Playstation 2
First Person Shooter
Developer: Criteron Games
Publisher: EA
Released: 2006
Black was an odd title. But fun. In a world heading more and more towards online FPS titles, especially modern based warfare ones, Black would probably be considered the last hurrah to the old school single player titles. Especially given it’s 2006 release. And yet for it’s time it looked incredible. Gun porn was what the developers called it, the menus alone had high rendered real time weapons firing off in the background and the level of detail on the weapons and enviroments throughout the game was exceptionally high. 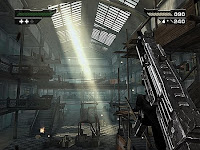 The difficulty curve was high and hard, but very rewarding. One level involving a bridge attack in particular was very challenging but ranks high in my memory of the game. The plot however ranked low overall which isnt surprising as it was added as an afterthought and ended on a semi-cliff hanger, which never will be followed up on (more on this below). 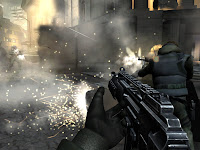 The game sold itself to me entirely on what Criteron had been working on with the Burnout series which is odd when you think about it… a car series selling on a first person shooter. But visually the Burnout series had been pushing better and better visuals on the PS2 and thus the looks of this game would be amazing, and of course the screens and video sold this. 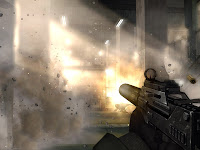 I sold off Black sometime last year via Trade Me. Had I never finished it at the time, I would have held onto it longer, but I had done everything I could in the game. These days the title is surpassed by stuff like the Call Of Duty series, but if you’ve got only a PS2 or an X-Box and are looking for something like that – Black is where you should head. In fact the X-Box version is avaliable to download and play on the 360 off the Live service as well. 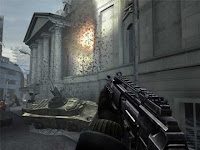 The team who made Black more or less left Criteron, based on differing issues with how a planned Black 2 was handled by it’s potential publisher, Electronic Arts, and are currently working on a new FPS called Bodycount to be released by UK publisher Codemasters sometime in 2011. Having watched the video of it, it hasn’t grabbed me like Black did… unfortunately the competition these days in the genre is so thick and the games so simular, it probably won’t see my console.